How to Define Romance Sub-genres 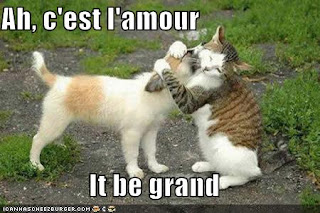 Here is the promised post on romance sub-genres. Last week we talked about fiction genres. Most of the time, you can choose your genre and sub genre from that huge list, (Fantasy Romance, Romantic Suspense, Paranormal Romance, etc), so I won’t go over those again. But when it comes to romance, there are a few sub genres that are unique to romance, more often used with romance, or have slightly different rules when applied to romance. And again, these by no means complete the list.

Category/Series – Category and series romances are books that are published for a particular line…think Harlequin Blaze, Harlequin Intrigue, Mills & Boon Medical, Silhouette Desire. These books tend to be shorter (60k or under) and are often numbered sequentially. Generally, a certain number of titles are released in a particular category each month. They are widely distributed, especially through the publisher’s book clubs. Many of the romance novels you see on the bookstands at the grocery stores (they usually have similar covers, titles, styles) are category romances.

Single Title – these are romances that do not belong to a particular category. They are longer (70k and up). They do not necessarily have to be “stand alone” books. Meaning, you can have a series, trilogy, etc that still qualify as single title. Unless your book is specifically written for and published by a company that puts out category romances, your book is single title.

Contemporary – for non-romance novels, this has a slightly different meaning. Usually contemporary refers to present day (or very recent past). But for romance, contemporary is anything after the World Wars (1945 to present). Some writers of this genre include Fern Michaels, Nora Roberts, Jude Deveraux, and Danielle Steele.

Passionate Ink, a special chapter of Romance Writers of America, defines Erotica as:

Romantica™ is a sort of sub genre of Erotica. The term Romantica™ was coined by the folks at Ellora’s Cave, and is actually trademarked and so must be used with the trademark symbol. As defined on their website:


Within this genre, the main protagonists develop "in love" feelings for one another that culminate in a monogamous relationship...Ellora's Cave Romantica® must be both erotic and romantic...The sexual relationship must be integral to and an important element of the storyline and the character development. Sex scenes should contribute to furthering the plot or affecting the development of the romantic relationship or the growth of the characters…The story must meet the definition of a romance novel: the primary focus must be on the development of a romantic relationship, and there must be an emotionally satisfying committed ending for the main characters.


Gothic – these novels are usually set in the past, usually in an isolated location; a castle, distant manor houses, etc. They generally combine elements of romance, suspense, and mystery. Think of the stories where a young governess travels to tend the children of a handsome widower in his castle on the remote shores of England. They fall in love, someone tries to kill her or there is some other danger infused mystery to solve, and at the end, they marry and live happily ever after. Victoria Holt is one of the queens of Gothic romance.

Historical – as I mentioned in the genre post from last week, when it comes to romances, Historical refers to anything before the World Wars…and typically, historical romances take place even earlier, generally before 1910. These stories can take place anywhere in the world. The historical setting and details are an intricate part of the story. Western romances would fall under this category as they are typically set in the old American West. Some authors of this genre are Jane Feather, Johanna Lindsey, Kathleen Woodiwess, Elizabeth Boyle and Catherine Coulter.

Regency – A Regency is a very specific type of historical (and yes, it is specific enough that it has its own category). Regency novels are set in early 1800s England. The historical aspects of this time period are key elements in the story. Historical figures and circumstances are often woven into the story (even if they are background tidbits). The use of titles, proper name usage (you wouldn’t have a maid called Alexandra or a princess named Betsy), and examples of correct language and behavior for the time are a must. The focus on the setting and mannerisms of the characters are often much more pronounced than in a ‘regular’ historical. Some writers of this genre include Jo Beverley and Marion Chesney.

Traditional – these “old-fashioned” romances tend to focus on the emotional side of love with less of the physical stuff. Hand holding, tender glances, maybe a sweet kiss here and there. If there is a sex scene, it would be along the lines of “they kiss and then her husband blew the candle out,” type scene. A lot of the classics like Gone With The Wind and Pride and Prejudice would fall into this category.

Great break down of romance categories! It's been amazing to see the development of romance to include so many genres. It will be interesting to see what comes next!

Read a great new romantic comedy, entitled Classes Apart.
This is an adult sporting comedy that follows the fortunes of Paul Marriot, the secretary of the Barnstorm Village Sunday soccer team and coach of a school cricket team in Yorkshire, England. The story describes the remarkable camaraderie between the players and supporters of this little club and their desire to achieve success. The team had previously been known more for its antics off the field, rather than their performances on it.

During his time at the club he meets and becomes involved with Emma Potter, who is the sister of James Potter, a major player for their bitter rivals Moortown Inn. Thus, begins an entangled web of romance and conflict. He also begins working at Derry High School, a school with a poor reputation of academic success, where he becomes coach of the school cricket team. Here he develops an amazing relationship with the children and they embark on an epic journey.
www.eloquentbooks.com/ClassesApart.html