How To Write Haiku Poems 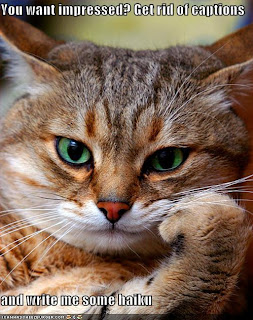 For this week’s How To post, we will discuss how to write haiku poetry. Now, in it’s original Japanese form, the rules are a little more strict. When it comes to writing them in English, there really aren’t any set, conventional rules. But here are the basics:

1. Content – you can pretty much write them about whatever you want. Traditional haiku tend to be more nature-centered, but modern haiku (especially English) is full of political references, romance and every-day life centered issues, as well as the more traditional nature-based poems.

3. The Cut – many (but of course, not all) haiku include a cut, or pause that divides the haiku and compares two images or expounds on the first image. In modern English haiku, this cut generally occurs at the end of the first or second line and is often indicated by a punctuation mark.

the morning paper
harbinger of good and ill
-- I step over it.
(Dave McCroskey)

Now, in this example, the punctuation comes at the beginning of the third line (no hard set rules, remember), but the cut is followed by a reaction to what happened in the first two lines. How does the morning paper, the “harbinger of good and ill” affect the poet? What does he do? He steps over it.

4. Seasonal theme or word – Traditionally, haiku include a season word, something that indicates in what season the haiku is set. For instance, if you are describing a summer meadow, you could mention a butterfly, or the sun, or blue skies. If the haiku is set in the winter, you could mention snow, or frost, or cold. It doesn’t have to be obvious…most modern haiku, if they include the season reference at all, are quite subtle.

And that’s it! You can now write haiku! Three lines of 5,7,5 syllables…maybe throw in a seasonal reference or cut, and you’ve got yourself haiku poetry.


What haiku can you write? Give it a try and leave them in the comment section! I’d love to see your work!!

Stay tuned next week for tips on how to write a ballad.

For step-by-step instructions on how to write haiku along with several other forms of poetry, check out my book, So You Have to Write a Poem! 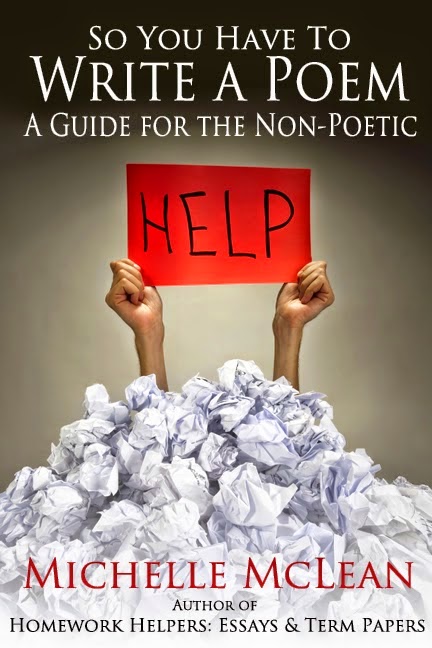 OMG - I thought I was on the wrong blog when I didn't see the romantic lady header. I love the new look though! What a great week to post about haikus - the Swivet is having a haiku query letter contest that goes until Friday at midnight!

Ooo, I'll have to check that out, thanks!